Queenstown Cat Rescue advocates the trap-neuter-return (TNR) method of caring for, and reducing the population of stray cats. 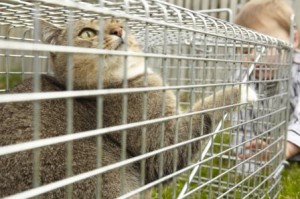 All around New Zealand, cats not friendly enough to be re-homed are trapped and killed in shelters, by councils or by pest control companies, and as well as being cruel, this does not solve the overpopulation problem as it frees up niches for more stray cats to move in and quickly breed up to population levels that the environment can’t handle. Many studies have shown that TNR is the only humane and effective way to reduce stray cat numbers.

Many New Zealanders feed stray cats because they do not want to see cats starve, but few feeders have these stray cats de-sexed. De-sexed cats will be healthier as females are not producing litter after litter of kittens while they struggle to obtain enough food, and males are less likely to roam and fight. Fighting causes infections and spreads diseases like FeLV (feline leukemia virus) and FIV (feline immunodeficiency virus). De-sexed stray cats will not add to the ever growing population of stray and unwanted cats.

A colony of cats that are neutered and cared for are relatively healthy, and the population remains stable and reduces slowly over time. A network of neutered colonies is the most kind and efficient way to reduce the stray cat population. 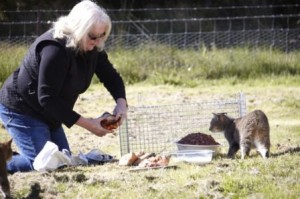 If you are feeding stray cats or know anyone who is, it is imperative that the cats are de-sexed. Contact Queenstown Cat Rescue for assistance with catching and de-sexing stray cats. 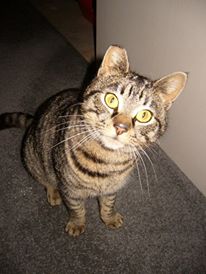